We can say that Mars is currently offline. The point is that the rovers on the red planet have recently switched to one-way transmission mode. Fortunately, this is not a failure but NASA’s conscious decision caused by a phenomenon called astronomers solar conjunction. This is a characteristic arrangement of two planets, which together with the Sun form a straight line.

Once in 26 months Earth and Mars are in such a position that the sun is blocking direct visibility between these planets. Unfortunately, this is a very unfavourable phenomenon for satellite communications. As you probably know, satellite communications use very directional antennas with very narrow beams that need to be directed precisely at the satellite. However, when this antenna is pointing towards the Sun, the noise level increases drastically, which makes it difficult to receive data. That is why NASA has decided not to send the control commands to the Mars rovers for the time being. 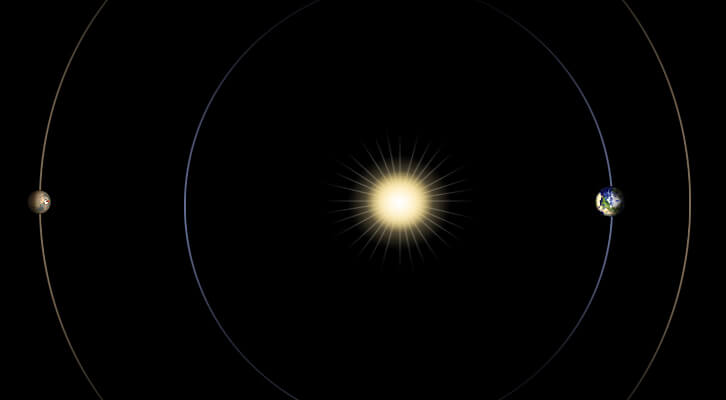 The agency fears that the control commands could be distorted during transmission. Mars rovers would understand them in the wrong way. Of course, minor bit decoding errors are corrected by the rover receiver. However, the level of noise occurring when transmitting “by the Sun” is so high that the effects could be tragic. In the worst scenario, the rover could have performed an unintended operation (for example, to descend from a cliff) and crash. During this monthly break, the rovers will send telemetry data from Mars to the Earth so that the agency can keep an eye on what is going on with them. In this case, if any information is distorted, it will be resent later.

NASA is prepared for such breaks.

The solar conjunction is well-known, so all Mars rovers have been properly prepared for more than a month break. Commands preparing them for “holiday” mode were sent accordingly earlier. This is not the first time. The Mars Odyssey has already undergone this operation seven times. It functions as a relay between Earth and the Opportunity rover (six solar conjunctions in the account) and Curiosity (the third communication break). In addition to orbit Mars is still circulating Mars Reconnaissance Orbiter (five successful conjunctions), which also connects with the Curiosity. Also MAVEN’s probe, which explores the atmosphere of the red planet, will break communications during its second solar connection.

Colonization of Mars at a monthly break in communication is unacceptable. Who could stand a month without Facebook? 😉 However, there is a workaround. There are 2 Lagrange points (L4 and L5) in which you can place satellites mediating the Earth – Mars communication during solar conjunction. Unfortunately, this would increase the delay even further. There is nothing to cheat, interplanetary real-time telecommunication services are impossible until someone invents how to transmit data faster than the speed of light.