Recently there is a lot of talk about the need to update the operating system. After the famous attacks caused by WannaCry and Petya (or rather NotPetya), the media are very sensitive about it. Therefore, the public was very upset when it was revealed that the new HMS Queen Elizabeth aircraft was managed by Windows XP PCs on board. So almost a 16-year-old operating system, which has long since ceased to be supported.

Windows XP appeared on the market October 25, 2001. The last service pack for this system, came out in April 2008, nine years ago. Its successor was Windows Vista, which was hated by all. That’s why so many people continue to worship old good XP. Microsoft ended the basic support for this system on April 14, 2009, after that date only critical security updates were released for this system. It lasted until April 8, 2014, when Windows XP stopped being supported by Microsoft. So why is this system still in use? 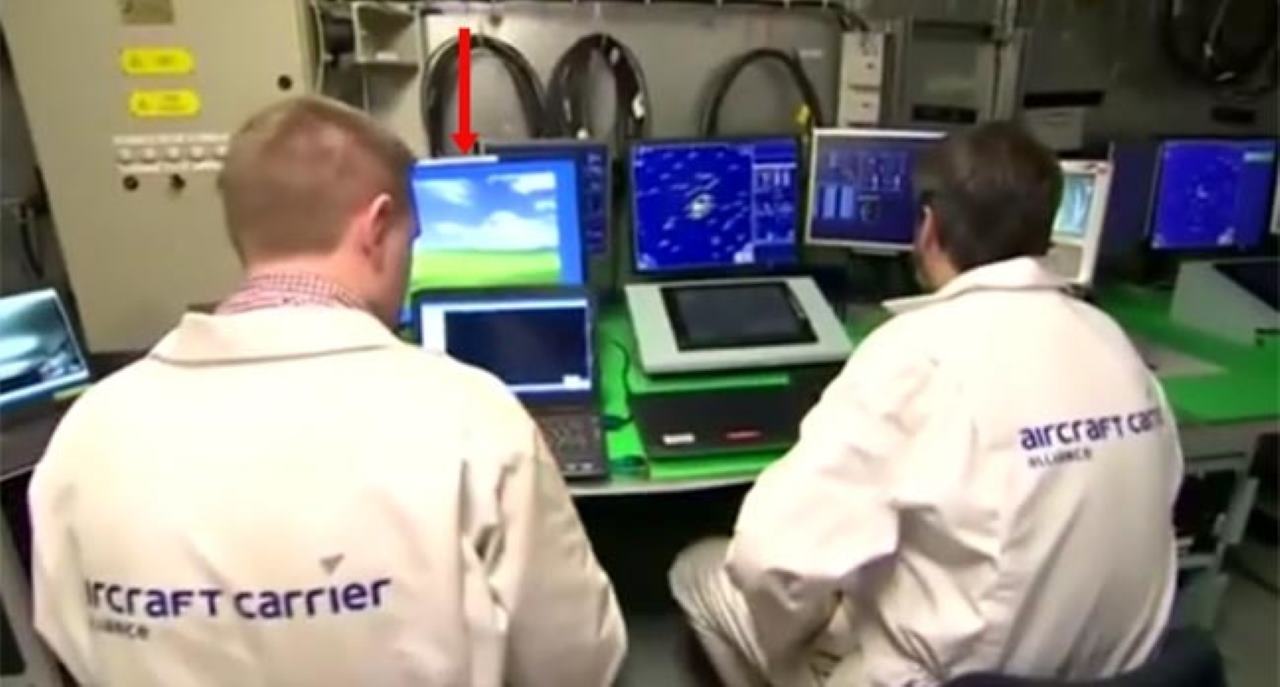 In 2015, the media noticed the most popular wallpaper on one of the computers on this aircraft carrier. The work on HMS Queen Elizabeth lasted a long time, so at the very beginning, the best solution available was Windows XP. Such serious projects do not change too often the initial assumptions. Therefore, no one dared to upgrade the IT system. It has been reported that the navies from different countries have bought extended support from Microsoft, but it is due to expire in 2019. Is HMS Queen Elizabeth vulnerable to cyber attacks? As Honda found out, isolation itself is not sufficient protection. The worm can be infiltrated by an infected pendrive, which can be connected to computer by an unconscious sailor. However, a defence ministry spokesman said that until the HMS Queen Elizabeth will be completed, all IT systems will be upgraded and Windows XP will disappear from this ship.

Windows XP is not as bad as some people think.

An interesting discovery was made by one of security experts. He decided to look at how WannaCry behaves on Windows XP. It turned out that an unprotected computer with Windows XP will naturally be infected by WannaCry, but the virus has not spread. Immediately after the attack appeared a well-known blue screen of death. Often also Windows XP could no longer run, but files were not encrypted. Therefore, the information that in some companies WannaCry populated due to the use of a no longer supported XP was exaggerated. This was mainly due to not updated Windows 7.