5G technology will not be used only to deliver Internet to our homes and smartphones. Operators want to provide connection to new generation networks also for high-speed cars and trains. In Japan, successfully tested antennas mounted behind the vehicle glass, which allow to achieve a speed of 8 Gbps at 100 kph. The test took place on the 28 GHz band in the 768 MHz bandwidth channel.

Engineers working on the development of 5G technology have many problems to solve. One of the most interesting issues is the development of systems that will operate in the millimeter band (i.e. 28 GHz). In the United States, operators want to use these frequencies to provide Americans with wireless Internet at fiber speeds, i.e. a minimum of 1 Gbps. However, Japanese operators have to build 5G networks that will be able to provide fast data transmission for trains and cars. That’s why the NTT DoCoMo operator is working hard to increase the speed that can be achieved in a fast-moving car. For testing, they are used by Nissan GT-R equipped with 5G devices. Meanwhile, AGC has developed special antennas that can be mounted just behind the car glass. The final element of the puzzle are the base stations that Ericsson has prepared. The entire test was immortalized on a short recording.

The car has been equipped with 4 dual polarization antennas. This means that the prospects of the 5G base station were a total of 8 antennas. They were placed in front of the front, rear and both side windows. As a result, the car could receive radio signals from any direction. In turn, base station antennas possessed 64 dual-polarizing radiators. Thanks to this, the 5G base station can concentrate the radiated energy into a narrow beam, which significantly improves its range. However, when a moving car uses it, the base station has to follow the vehicle that changes its location. Therefore, at faster speeds, faster data transmission is achieved. 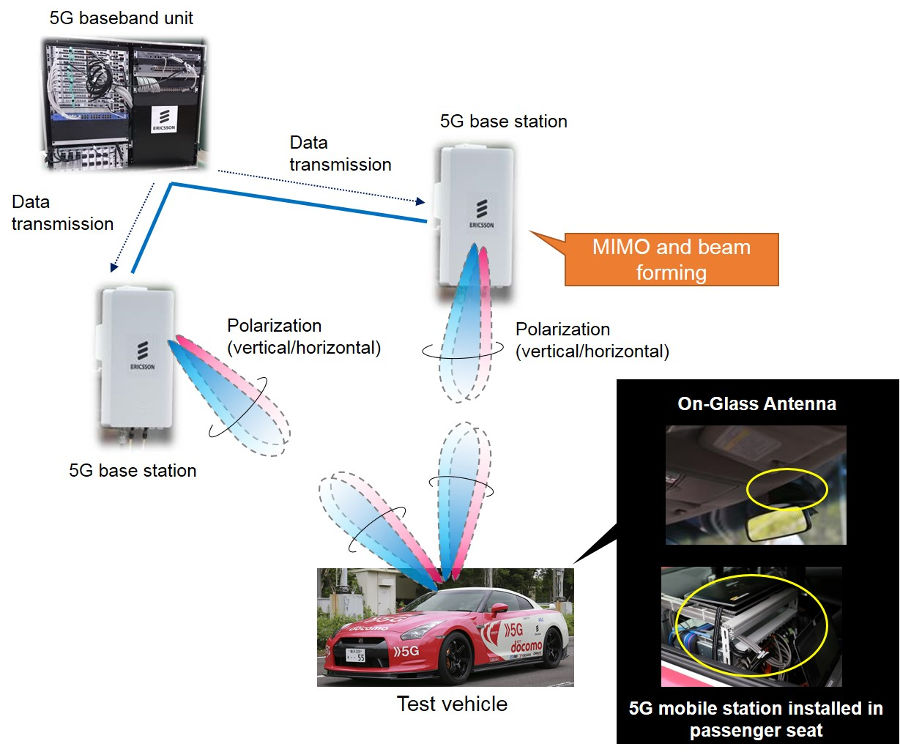 In the test, the most important thing is that the car traveling at 100 kph smoothly switched between the base stations. In addition, it has been shown that the antennas can be mounted behind the panes. This means that antennas designed by AGC are able to cope with signal attenuation introduced by windshields, which is quite a significant problem at 28 GHz. Thanks to the installation of antennas behind the windshield, the aerodynamics of the vehicle are not disturbed. The same technology can also be used on trains and other means of communication. 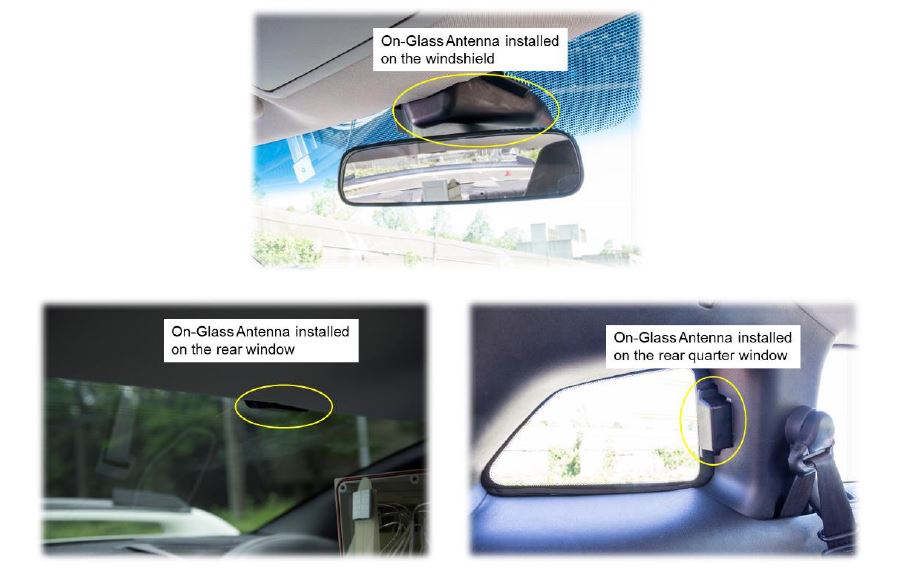