YouTube takes the intellectual property issue very seriously. However, this is not only about the property rights of music studios and film distributors, but also ordinary YouTubers and other creators using this platform. Soon, every creator using YouTube will have at his disposal the Copyright Match Tool, which detects reuploads of the same films.

Many creators who use YouTube and other similar platforms face the problem of re-uploading their recordings through other channels. That’s why Google’s website has developed a new feature that allows you to easily and easily find copies of the same video. The mechanism works on a similar basis to Content ID, but it is used for something else.

Copyright Match Tool is a new tool that only detects re-uploads of our recordings. This means that the new solution is not intended to find fragments of protected works. You can now wonder why YouTube would implement an additional solution that has fewer capabilities than Content ID. The whole problem boils down to the fact that not all creators can use existing YouTube solutions. Content ID has been designed primarily to protect music and film works and is used primarily by record labels. The Copyright Match Tool is to be ultimately available to anyone who puts their recordings on YouTube. For now, this function can be used by channel owners with at least 100,000 subscriptions. 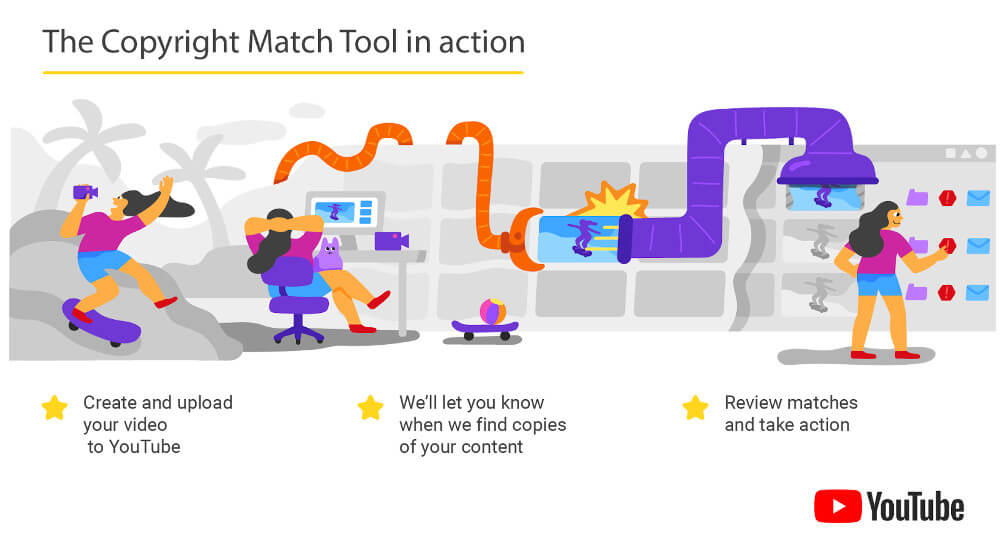 After discovering a copy, the Copyright Match Tool gives the authors of the recordings several options. Let’s start by saying that YouTube identifies the potential copyright owner based on the date the material was uploaded. The new mechanism simply assumes that the person who placed the recording first has rights to it. In this way, the author of the recording will be able to see all later copies. As YouTube detects potential copied content, the creator will be able to simply ignore or make contact with the channel that copied his work. The third option remains, which consists of sending a request to delete the recording. It can be lost in two ways. The first option is to give the owner of the second channel 7 days to self-delete the copied material. If he does not, then the matter will be redirected to YouTube. The second option is to directly send a removal request to YouTube. At the same time, the website reserves that the applicant will have to prove that he has the rights to the original recording, and the copy violates the fair use rules.

He got free iPhone 8 for tattooing the T-Mobile logo