The beginning of the year is always premiered directly from the Android mobile world.
It is in the first half of each year, the new flagship series Samsung Galaxy S or LG G have their premieres. Apple as its period was usually chosen to be autumn.

Therefore, instead of watching a new iPhone, we can read about it. The first rumors about the new iPhone have actually appeared before the launch of iPhone 7. Currently, the web can find more and more guesses and subsequent renderings. How far are true, I do not know, but maybe sometimes it’s worth dreaming and thinking by myself: What would it be if?

The sad true is that the iPhone 8 may not actually be created.

Well, do not be surprised! The point is that you may find, that new model will not be in the market this year. It is very likely that in 2017 there will be a so-called S version of the predecessor, the iPhone 7S. So it is assumed more and more technical people are heavily involved in the mobile industry. It would be very much typed in Apple’s operating mechanism. After all they have done so far, then why would they change it. Many fans of the brand, however, suppose that on the 10th anniversary of the iPhone, the Cupertino company will try a little more than usual.

Especially after what Samsung presented. However, it may be that these are just fan wishes and will not be reflected in reality at all. If you believe the latest reports that Foxconn employee is, then another iPhone (insert the version number that you respond), may wait to change the position of the fingerprint reader. Not that I was somehow happy about it. At this moment it is placed in the Home button. Recently it was rumored that this item would hit the screen. According to the latest gossip, Apple plans to put the Touch ID on the back of the device. It’s a bit weird for me, but it’s not the first time Apple seems to know better than the customers need. It may of course also be that Apple will integrate the Touch ID with the display. 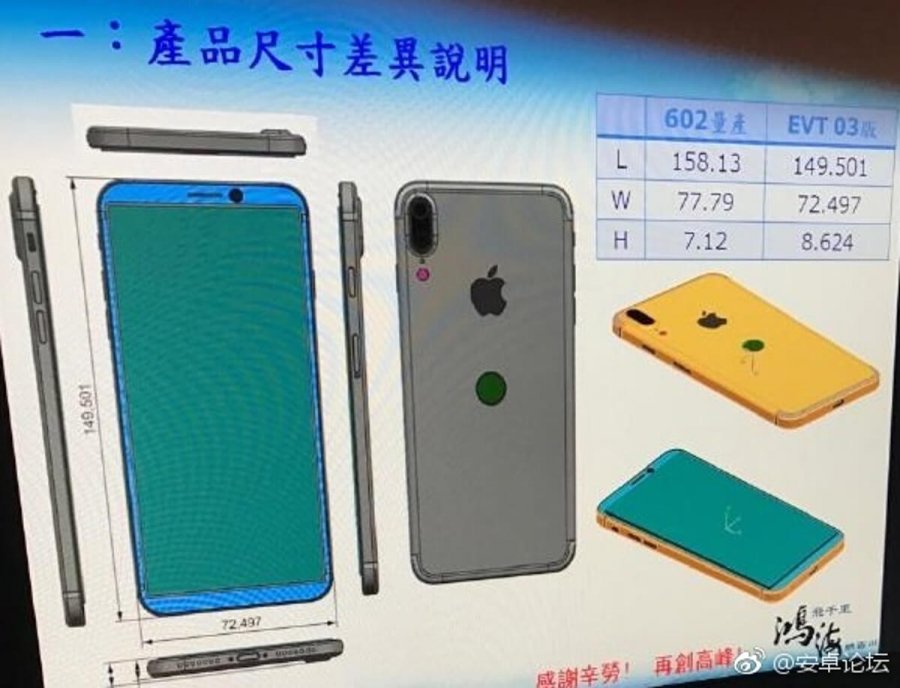 Further changes are made to the screen.

It turns out that the new iPhone may be bigger than its predecessors. It is said about the 5.8-inch OLED display. Use it to be at the same size of the smartphone that characterizes the iPhone 7. In addition, it is proposed to reduce the frames around the screen. It would be a 4mm frame on each side. Apple will also benefit from wireless charging and a camera that lands beneath the display. At the back, there may be a vertically mounted double camera.

Remember that if you do not look at Samsung very high suspended the bar and Apple must do a lot of hard. Samsung Galaxy S8 and Samsung Galaxy S8+ have gone into pre-sales like fresh buns. Apple market reports show that Apple is getting something solid and I would like to believe that these are not just rumors. Maybe it was because another reheated chop may not be enough to earn the best smartphone of the year. At this moment the rule over the mobile market seems to be shared, but we know that the queen is only one after all.

Qualcomm forced a ban on the sale of iPhones in Germany

Apple is replacing screens in iPhone X for free

The time change caused a bootloop of Apple Watch 4

Apple will not be in a hurry with the 5G, the first 5G iPhone will appear in 2020

The new MacBook Pro with the Core i9 processor is efficient, but you must put it in the fridge

Apple issued a statement regarding the recently discovered “security gap”