Artificial intelligence has many interesting applications. One of them is the training of bots that are able to compete with players in various types of games. Scientists from DeepMind (a company owned by Google) showed that their bots both compete well with real players and cooperate with them. The experiment was carried out using the modified game Quake III Arena and the Capture the Flag mode available there.

The Capture the Flag mode, which is very well-known to players of older FPS games, is quite an interesting challenge for artificial intelligence algorithms. It consists in the fact that the team wins, which in a limited time more times will intercept the flag placed in the base of the opponent and transfer it to its base. In this way, it is enforced that the algorithms of artificial intelligence create behaviors that the good of the team translates into their own individual goals. The experiment conducted by DeepMind showed that FTW (Fight to Win) bots are able to independently learn strategies that are known to real players. These include following a teammate, a campaign at the opponent base, and defending your own base.

Artificial intelligence made the tournament better than real players

Researchers did not use the original version of the game Quake III Arena, but developed a modification, which is based on the principles of the original. Artificial intelligence was taught using genetic algorithms that strengthen behaviors that increase the chance of winning a team. The developed own version of the game Quake III allowed for quick generation of random maps that forced learning new solutions. Scientists have been changing maps on which algorithms have been learning all the time. Thanks to this, FTW bots have developed behaviors that are generic and not specific to a given map. At the end, the researchers conducted an experiment in the form of a tournament in which 40 players competed and cooperated with artificial intelligence. The selection of teams was random. In one of the duels the players were steered with artificial intelligence, and in others the bots competed with the man. The results of this experiment are very interesting. 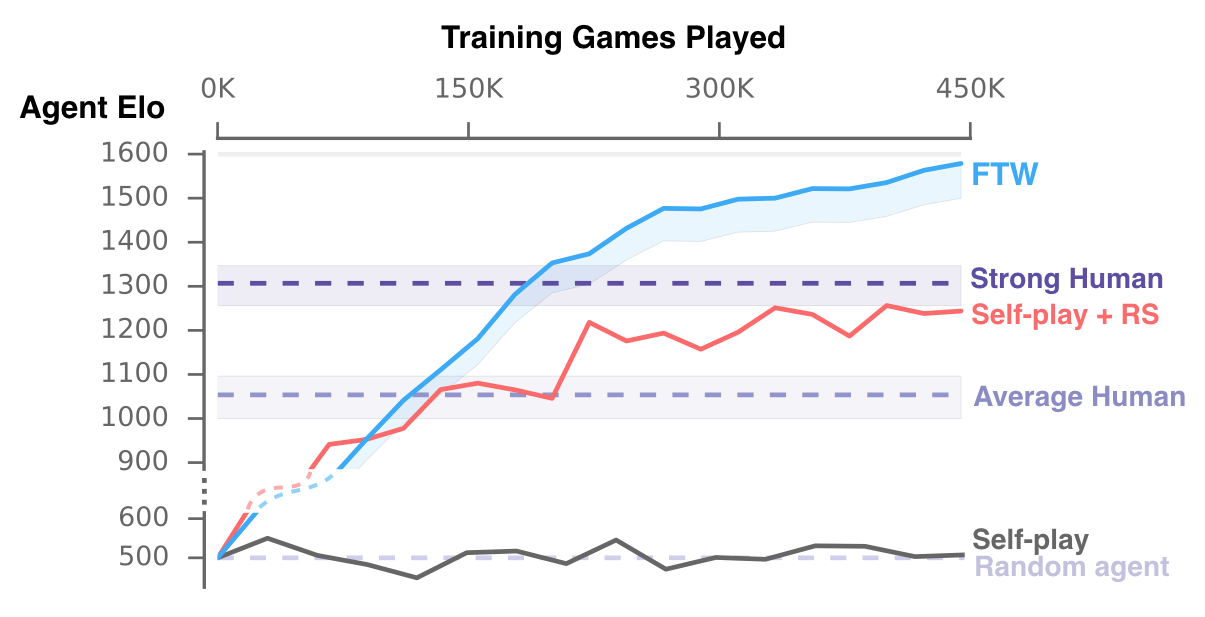 The tournament showed that trained artificial intelligence manages better than a human. On the other hand, players were doing better if they were in a bot team. Researchers also checked whether reflex restriction and accuracy affect the effectiveness of FTW bots. Here it also turned out that artificial intelligence is doing better than a gifted player. However, machine learning algorithms have one major disadvantage. Such good results are possible only after about 200,000 matches played. Each of them takes 5 minutes, which translates into almost 2 years of continuous game play.