Android smartphone makers are often criticized for slowing up the update of their devices. Everyone is upset that only hardware with direct support from Google (the Nexus and Pixel series) gets a new Android right away. The rest must wait. The fastest manufacturer in this respect seems to be Sony, whose Xperia XZ Premium received Android 8.0 Oreo at the end of October.

Google devices have been upgraded to Android Oreo two months ago. For comparison, Samsung has just started the Android 8.0 Oreo open beta test program for the Galaxy S8. The final version of the update will be available at the beginning of next year. So you can see that 2 months of “slipping” Sony performance is very good result. To illustrate the whole process of adaptation of the new version of Android to individual smartphones, Sony has prepared a special infographic that briefly describes the various stages. 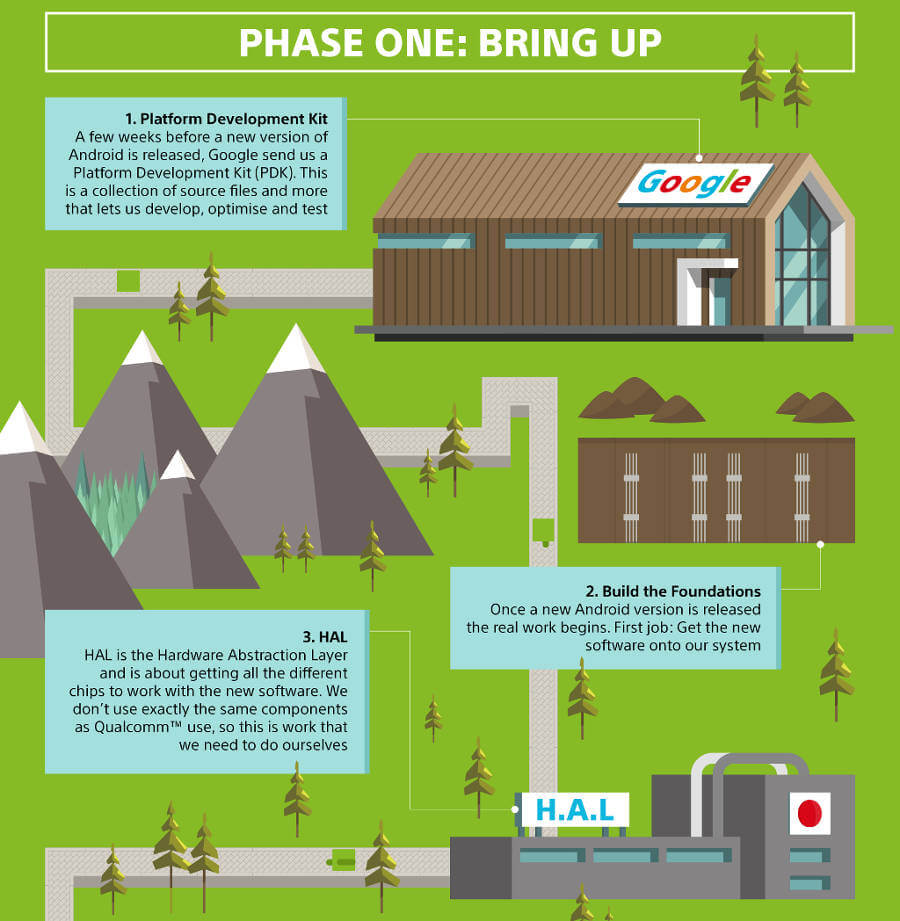 This package is ready several weeks before the launch of the new Android, and contains the source files and tools needed to develop, optimize, and test the mobile operating system. The next works are going on with the launch of the new Android. In the first steps the manufacturer focuses on adapting the operating system to their hardware. Even though Sony uses Qualcomm chipsets in their smartphones, they still have to adapt third-party components. Then the basic functionality of the smartphone, i.e. voice calls, text messages and Internet connection are tested. Later, Sony starts to work on its modifications, including customisation of the launcher, contact application, music, camera, photos, etc. The next step is to start at the same time with internal and external tests of the first version of the software. The main criteria here are the stability of the system along with the applications and the power management. 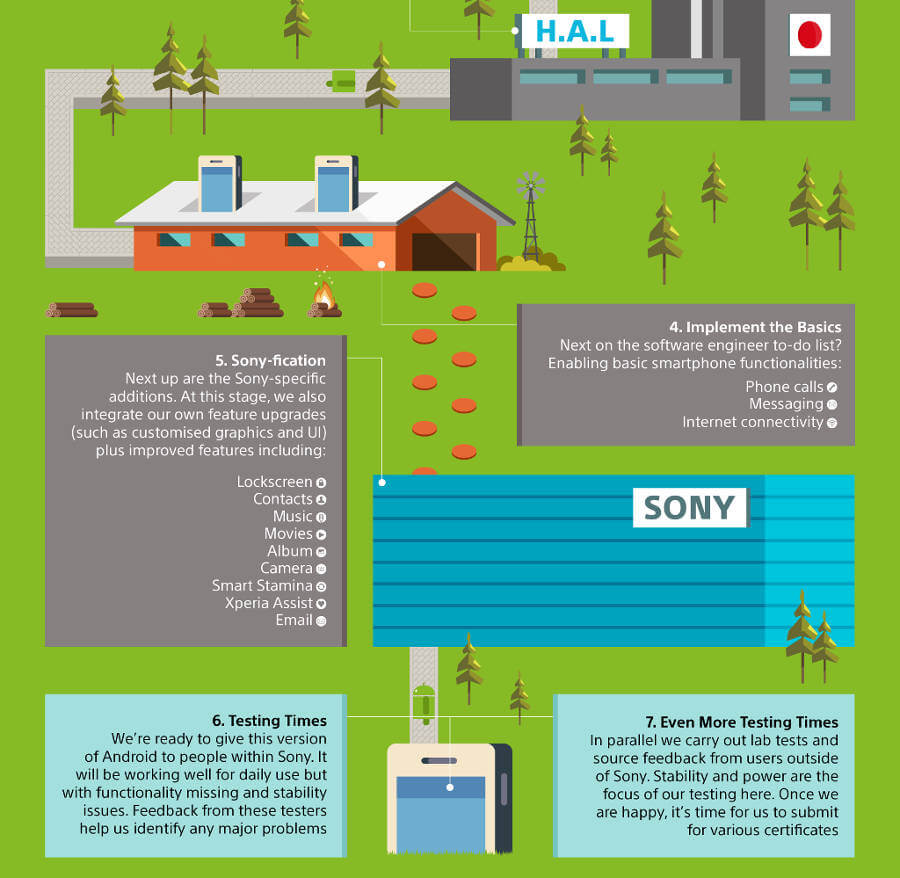 The last steps are certification processes and acceptance tests for operators.

Smartphones are devices that work in a certain ecosystem. Therefore, Sony must be 100% sure that the new Android works as it should and is compatible with other devices. Therefore, certification for communication standards (such as Bluetooth and Wi-Fi) are being tested first, and then modifications required by operators. This includes, but is not limited to, VoLTE configurations, or ensuring that there are no problems with the services provided by an operator. After all these steps, the update goes to users, but this is not the end of the whole story. Sony monitors forums and social networks on a regular basis and looks for the feedback from users. 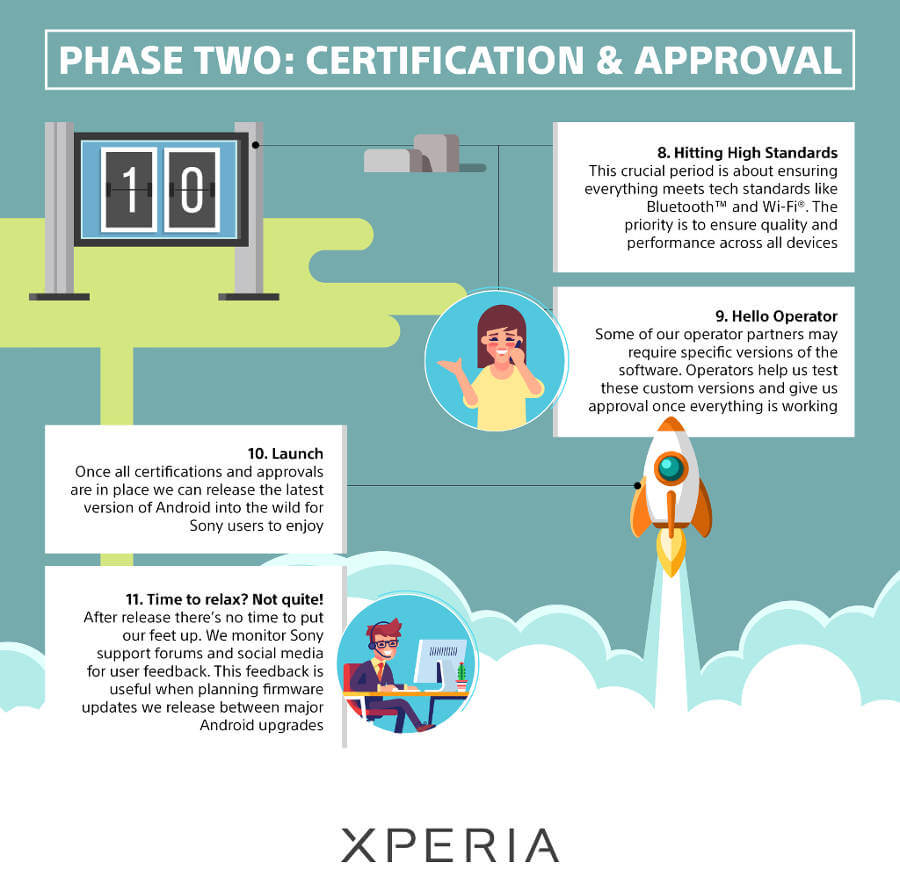 Uber changes the rules of cooperation with Google Maps

The owner of T-Mobile gets rid of bloatware from smartphones

Super Mario Run will be available on Android in March