Pokemons have become so popular all over the world, that it does not surprise me that people cheat. Unfortunately, Cheaters are present in each game. A long time ago, people were using codes and tips, later character editors. Always something there. Now cheaters pull up the Pokemon Go game. The truth is also such that the developers will always ban cheaters. So it is now.

Niantic declared war on those who cheat in the Pokemon Go game.

However, people who have been playing Pokemon Go before its official premiere, do not have to worry. Their accounts will not be locked. This is about the users who use unauthorized 3rd party applications like Fake GPS. It allows you to mock your current location. Thanks to this you can teleport from New York to Tokyo in couple seconds. Niantic will not any longer tolerate this kind of behavior. Cheaters can loose their account forever, because Niantic has started to apply permanents bans. However, in case of light offenses, Niantic will apply so-called Soft Bans which are valid 24 hours. During this time, punished cheater is not able to catch any Pokemon or use Pokestops. Additionally, it is not possible to participate in battles with the Gym. As you can see, it is not cool, but the punishment should be. Niantic also issued a statement related to the banning of users. This is clear message, that they goal is to eliminate every cheater from the game. 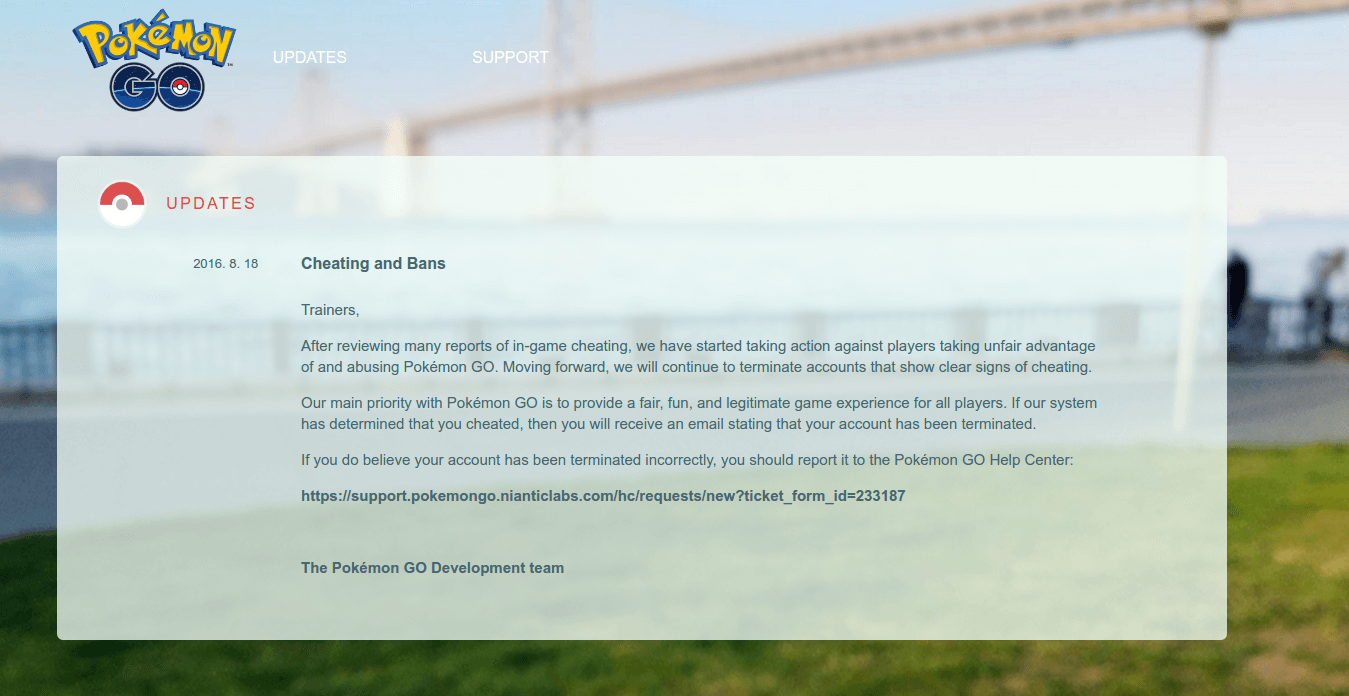 Niantic explains how to catch Ditto in Pokemon GO